The town of Brantford in Ontario, Canada, is famously known as The Telephone City. With so many fun things to do in Brantford, Alexander Graham Bell, the inventor of the telephone, called this area home, and this is still a significant point of appeal for tourists.

But this city has so much to offer its visitors that go beyond the nickname “The Telephone City.” If this spot isn’t already on your list of places to visit, the abundance of activities Brantford has to offer may change your mind. From the Alexander Graham Bell homestead to the Wayne Gretzky Sports Centre, here are a few things to do in Brantford, Ontario.

You might even feel inspired to extend your Ontario stay. 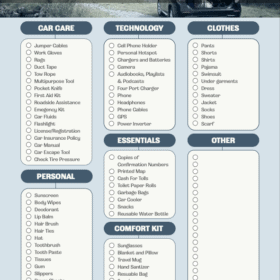 Brantford Directions: Getting To Telephone City

Take the Gardiner Expressway West and then merge onto the Queen Elizabeth Way (Q.E.W.)/ON-403 W. Keep right at the fork to stay on ON-403 W. Take exit 38 for Wayne Gretzky Parkway, then take Morton Ave E, West St and Clarence St to your destination in Brantford.

The best way to get from Toronto to Brantford without a car is to train. A train departs five times a day and costs anywhere from $50 – $110. What To Do In Brantford | Historical Sites

This place has many cool attractions to keep you entertained. From the history buff to the outdoor traveller, there is something for everyone in Brantford.

Alexander Graham Bell is the father of the world we know today. This Scottish immigrant invented the telephone while living in Brantford, Ontario, in 1876, and he used to call this city a “dreaming place.” He found incredible inspiration in this town, and we couldn’t agree more!

At the Bell Home, you will feel like you’ve stepped back into 1876. The untouched interior is an excellent look into the mind of this famous inventor. The home exhibition represents the telephone’s development throughout history and should be a bucket list item for everyone.

The Canadian Military Heritage Museum is located on Greenwich Street in Brantford. This is a great place to explore if you’re hungry to learn more about Canadian military history.

This landmark was the first residential school in Canada – The Mohawk Institute Residential School. Today, the building is used as an art gallery, library and centre dedicated to the Indigenous Peoples.

Even though this centre’s history is fascinating, it’s now dedicated to preserving the current Indigenous Groups’ history and culture. Visiting this spot will give you insight into the struggles of the historical Indigenous Brantford community in 1828.

One of the most notable attractions in the town of Brantford is Her majesty’s Royal Chapel or Mohawk Chapel, which is one of Canada’s oldest surviving buildings – one of only three royal chapels in North America.

This chapel was gifted to the loyalists, led by Joseph Brant. Joseph Brant died in 1807 near the town of Brantford and served as a chief and spokesperson for the Mohawk people. He was also a Christian missionary and British military officer during the American Revolution.

Inside this building, you’ll find some of the earliest forms of Mohawk language and other artifacts that date back centuries. This spot is perfect for those interested in Joseph Brant and the people of Brantford. When you arrive in Brantford, you’ll notice a few grand statues scattered around. These statues have historical significance to the area, and it’s good to note what they stand for if you’re planning a trip to this town.

As mentioned above, Joseph Brant was a vital part of the history of this area. The war came at a high cost to the Mohawk people, and they lost their land. Brant was given a 10 km stretch of land on either side of the Grand River, where they settled Brant’s Ford, a settlement that later became Brantford.

This statue can be found in downtown Brantford in Victoria Park.

You can find the telephone’s inventor’s statue perched on a seat outside of the Bell Telephone Company of Canada building. This statue is one of the best attractions in Brantford and is a must-see for all visitors.

There is something oddly weird yet intriguing about taking an Instagram selfie with the inventor of the telephone. Wayne Gretzky has been called the greatest hockey player in history, and he has a statue to commemorate that honourable title. This statue’s grand figure can be found at the Wayne Gretzky Sports Centre and local pride and joy.

Gretzky is the lead scorer in the National Hockey League (NHL) and was, as mentioned above was born and bred here in Brantford in Ontario, Canada. This spot is the best attraction for sports fans.

Things To Do In Brantford This Weekend

Brantford is filled with fun activities waiting to be explored. From beautiful gardens to walking routes, here are the best things to do in Brantford this weekend.

Glenhyrst Art Gallery Gardens is a great place to visit if you want to get in touch with your artistic side. It’s an open public gallery space located on a property that hosts art and crafts classes.

This impeccably landscaped space on the Grand River banks has spectacular views inside and out and was gifted to the city of Brantford by Mr. Edmund Cockshutt in 1959. Cockshutt’s pursuit of artistic and cultural fulfilment bled into the community, and the property was established as a nonprofit art gallery.

This area is located amid the Grand River and the historic communities of Brantford. It’s a few minute’s drive from the First Nations territories of the Six Nations.

Brant Conservation Area is the best spot for those who enjoy camping, hiking, biking, and water activities. It’s the perfect weekend getaway for friends and family.

This area in downtown Cambridge is a few minutes away from Brantford centre. The Grand River flows free in this neighbourhood, home to a year-round farmers’ market and little family-owned restaurants.

The food culture around Brantford is integral to the area, and Galt is the perfect place to explore it.

This spot was previously used as a twine factory but is now an up-and-coming village where art, culture, and creativity mix. The Artisans Village is now home to a brewing company, a pottery spot, and an event hall fit for performing arts. A schedule is released frequently on the Artisans Village social media profiles where you can stay up-to-date on all the latest events.

Take some time to enjoy Brantford’s rich culture by stepping into the rustic red brick buildings located in West Brantford.

As the home of hockey legend Wayne Gretzky, Brantford is bound to take pride in its ice skating facilities. The city offers several hockey programs and outdoor skating rinks open to the public – some of the best Brantford entertainment you’ll find.

One of the best things about Brantford is that it’s synonymous with hockey and skating. Skating is a  great day activity for the whole family to enjoy. Rinks are open during most weekends, and you’ll find several friendly volunteers tending to the ice.

Here’s a list of a few of the available rinks in Brantford city: Things To Do In Brantford At Night | Restaurants & Bars

Brantford has no shortage of eateries. From pizza in Little Italy to a cold brew in the Artisan’s Village, here are some of the best spots to grab some food in Brantford.

This spot is a relatively new addition to the city and has an incredible menu to offer its visitors. It is located in the heart of downtown Brantford and is all about the local fare.

The warm and inviting atmosphere of this place will make you feel instantly welcome, and the menu has something that everyone will enjoy.

Go to the Hudson to watch the hockey game and enjoy some memorable food, but remember to make a reservation to avoid disappointment.

This industrial space is in the heart of the artisans’ village in Brantford. It’s known for its unique on-tap beer and performing arts set-up.

The occasional live music events create a fun atmosphere to be in, and the grand rustic interior makes it one of the most beautiful spaces in Brantford.

Things To Do Near Brantford

There are numerous parks and trails in and around Brantford Canada, Take a break from the city and get some much-needed fresh air. Lace-up your walking shoes, and let’s head off to the magnificent spaces around Brantford.

This corner of Ontario, Canada, has some of the best trails in the country. There are three major intersecting routes in Brantford that run from downtown across Canada. One of them is The Great Trail, which runs a full 24,000 km across the country.

These paths split off into different routes all along the area of Brantford, and they can all be followed into breathtaking landscapes. From The Grand River to deep descending forests, Ontario’s trails are among the best tourist attractions in Brantford.

These Brantford activities are perfect for the adventure-seeking visitor to the city. Image by Pam Patterson from Pixabay

This giant forested park that sits on Mohawk Lake banks in Brantford offers many different activities for visitors to choose from: free yoga classes every Saturday, a massive playground, a golf course and a great food market; this park is a must-see.

One of the best things to do in the park is to have a day picnic in the shady area while allowing them to play on the playground and the Sprinklemania water area – this is also a great way to meet new people from the city.

The farmer’s market is known to the locals as the best place to find fresh produce. The market offers a wide range of products due to the array of farmers in the area.

From baked goods to farm-fresh meat, this farmer’s market exhibits only the best things about Brantford. If you want to get acquainted with the town’s culture, a day at this farmers’ market is the best way to do so. Where To Stay In Brantford, Ontario

Now that I got you feeling inspired to visit Brantford, maybe you want to spend the night? From great hotels to charming guest houses, this city has a variety of options. Final Thoughts On Things To Do, Brantford Ontario

If you’re looking for some family fun and good food, Brantford is the place to be. You’ll meet some amazing locals, try incredible local beer and get to see the Grand River all in a single day.

Brantford in Ontario is a great place to visit. It has some attractions and activities. The rich culture and history of this city will leave you hungry for more, and you might want to plan a road trip across Ontario to see it all.

So, whether you are looking for the top hiking trail to explore or some of the best things to keep the kids busy, Brantford is the place for you.

Some of the links in this post are affiliate links. If you purchase a product, I may earn a commission. This commission comes at no extra cost to you. Please remember that I never recommend a product just for the commission — I only recommend something I genuinely believe in, trust and/or use personally. The small income I make here will help in maintaining this blog. Thanks for your support!